This was written in the evening of 25 November in Madrid airport following a brief visit to the Prado museum.

After seeing the contrast between the old Flemish Masters, the “Primitives”, and later painters such as Rubens and Velasquez, it struck me again how a transition seems to have happened from an initial fascination with three-dimensional space to a growing focus on the two-dimensional picture plane. The early painters in Flanders did not depict reality. They created reality, a small piece of reality. This is further confirmed by the care that is put in the frames, which are often beautifully sculpted and painted. Typically, a frame would have a bottom part that is slanted, suggesting a floor or windowsill, further encouraging the interpretation of the painting as a space, not a picture.

I relate to this practice deeply, as this is what we, realtime 3D artists, are doing as well: we create a three dimensional world that is experienced in two dimensions (the screen) and we invite the spectator to imagine the three dimensions, to imagine that what they are seeing is real. And very often, rather than offering escape to a fictional reality, we want our work to become a part of your life, to connect with the reality you find yourself in. This is definitely the case for the dioramas of Cathedral-in-the-Clouds. 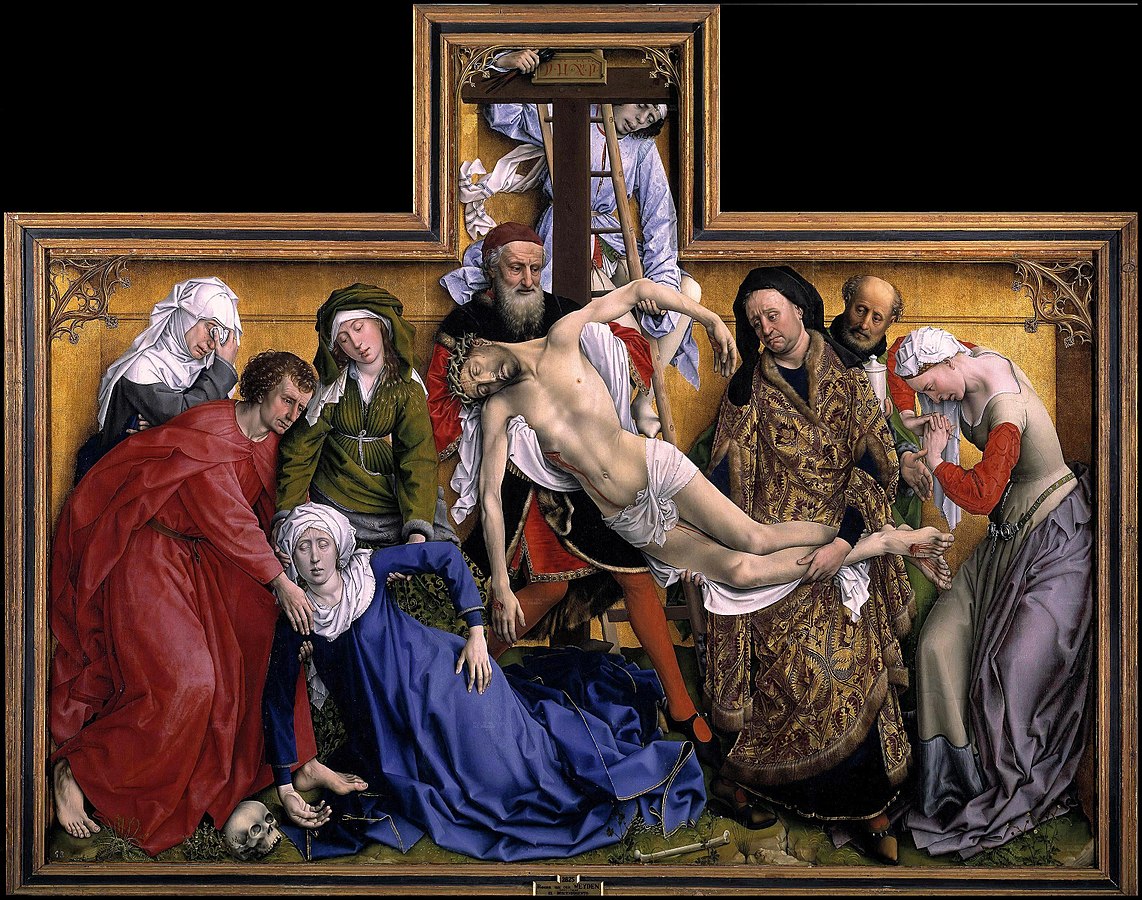 Rogier van der Weyden: The Descent from the Cross – All of the figures seem to be standing in a box shaped exactly to snugly fit their bodies.

The pictures by the Flemish Primitives may not be as realistic as those by later painters. But their invitation to imagine the reality (the box) that their characters inhabit feels very genuine. The paintings invite intimacy, privacy, contemplation. As opposed to Rubens’ work for instance: many of his scenes I’d be afraid to step into. It’s all very spectacular.

I think part of the reason why the work of the Flemish Primitives is so unique is that it is early. Oil paint had just been invented and artists were experimenting, trying to figure out what to do with it. Another similarity to our current situation! I feel encouraged to embrace our amateurism and to develop a unique way to use this medium that does not rely on the tricks offered by the professionals.